This article is under the CC-BY-SA-4.0 license. 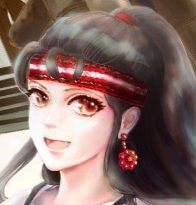 @neko@rdrama.cc @pch_xyz@plume.seediqbale.xyz
let me take the liberty to split some hairs ​​:KannaPeek:​​
The title is 【Moderation in the Fediverse】 btw

they found that rejecting an instance made 86.2 % of users and 88.5% of posts are rejected (ED: “affected by pond fish” lol)

there may be more than 80% of other users in this instance who consider the post “harmful”, blocking this instance directly cuts off the chance to contact the “harmful user"

Suspending the instance entirely (ED: “Report this instance” I believe was not intended by translator)

I was saying the mods / admins could also report to the remote instance. I have never reported so I might be missing something

g0v.social server Rules (requires login to see list) (ED: Not a useful source, mastodon.social or rage.love is a better example)

I used g0v.social as the example because it is the most known instance in Taiwan but you are correct, thank you for the supplement and I'll modify the original post
Respond
Respond